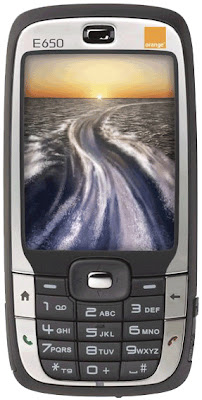 It's a busy week for portable devices with the announcement of the latest generation of iPods (let's hope that the sound quality and walled garden issues are sorted) and rumours of an announcement by Google that they are launching a mobile OS to rival Symbian and Windows Mobile.

There's little doubt that, technically, the battle for the PC/TV has been won and the next target is mobile devices. It will be the introduction of Wi Max that, in my opinion, will drive this market - existing mobile networks are too inefficient to deliver video reliably. Or, there's the alternative of sending the video over a different circuit by producing a phone that can work as a phone and a mobile TV.

My favourite tech company is the little recognised and somewhat enigmatic Taiwanese outfit, HTC, who make some of the cleverest mobile devices on the market. (My HTC E650 phone might not be as funky as the iPhone, but has ten times the functionality and usefulness - the back slides out a keyboard). I expect them to play a major part in the mobile TV revolution that is almost upon us.
Initially, the mobile will be good for downloads and short form. Then, it will become a remote control (I love this post). Eventually, all of the content you might ever wish to view will be available on your phone.
Far fetched ? What if I'd told you ten years ago that you would be carrying a whole wallful of CDs around in a tiny device in your pocket ?
google phone htc iphone ipod mobile tv mobile video