Internet TV Growth Stats For US

Google’s dominance in the number of videos played is not surprising given their short form bias: 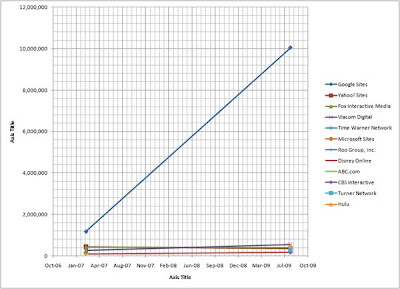 But they also dominate in terms of unique viewers: 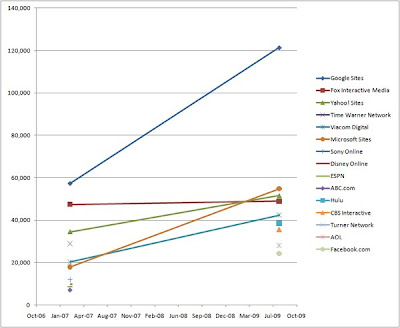 Here are the actual statistics behind the above charts, with the data coming from comScore. We haven’t tried to map properties where names and identities have changed: