April 28, 2010
So, today is the day when we fully launch Vidiactive to the world after a year of hard development work by Ken Tindell and the team.
We have an event in Central London which is being attended by pretty much everyone who's anyone in the box, chip and network businesses.
So, here's some more insight on what it's all about. First of all, some screenshots:
This is what the portal interface looks like: 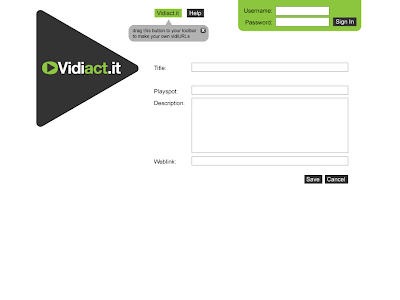 You can tag any video, anywhere on the web and send it to your own portal and make it available on any other device you use, including your Vidibox:

You can also build your own channels by creating RSS feeds and sending them to your box: 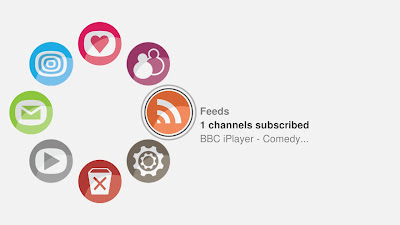 Since Vidiactive is moving the game on to how tomorrow's television will work, it's quite a difficult concept to explain until you see it and use it, but by way of further explanation, here's some more information from Vidiactive CEO, Ben Hookway:

What is social television ?

It’s the ability to share television programmes over the internet and interact with television services in a different way.

That’s the point, now you can take content from everywhere and watch it on your telly.

But what about YouTube and Sony – they’re already doing this..

No, adding widgets and internet capabilities to TV sets is the opposite of what we’re doing. We think that the internet belongs on lean forward devices and TV belongs on lean back devices. We offer the best of both worlds.

I really like my Sky box, why would I get this ?

We don’t compete with Sky. Indeed, we could help Sky provide more content on their services. Also, a younger generation are watching television in a very different way, we meet their expectations.

How are you different from Boxee ?

Boxee is predominantly a consumer proposition, where everyone in the value chain has to follow their approach; Vidiactive is a service company that provides its technology to businesses.

When will your box be available ?

We’re not strictly a box manufacturer: Vidiactive produces technology that work with existing chips, boxes and even screens. Our intention is to work with hardware manufacturers to add value. You can expect to see the first implementations in the shops and in your living room towards the end of the year.

How much will it cost ?

We’re not a box manufacturer, but we’d expect our technology to work on boxes priced under the £100 retail mark. Our model is to charge a small monthly fee for our product and services.