Murdoch squares up to Google 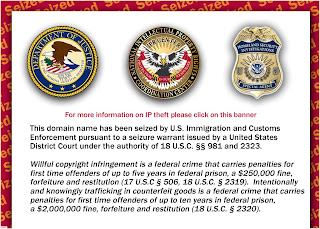 Rupert Murdoch writes on his Twitter page in direct style "Piracy Leader is Google". Does he have a point ?

People who work in the "content" business will understand the costs and risks of creating new content that drives an audience and makes a profit. For every successful movie, TV series, book, album etc etc there are many failures and people who have lost money on them. Google and YouTube have never needed to invest significant sums in risky content creation and therefore have been able to post the best content in the world for free (and keep the revenues) which is a business model to die for. Essentially they exploited the slowness of the incumbents to realise what was happening and the failure of IP law around the world to adapt to new technologies (plus a healthy dollop of political lobbying to stop the Politicians bringing forward appropriate legislation). So yes he does have a point.........but probably wishes he had thought of it / realised it could be done. Certainly our SnifferDog harvests data which consistently shows Google as one of the top 5 infringers on a consistent basis.

Credit goes to the US for so actively and openly debating the proposed SOPA legislation. Over the past few days DNS blocking provisions at the ISP level have been dropped but it still looks like the essence of a solid framework for regulation will emerge. Certainty on where the line is to be drawn (re copyright online) will help all parties and makes the lack of clarity in Europe (Digital Economy Act, Copyright Act, WIPO treaties) look a bit behind the times.

This in an indirect way brings us to the issue of Richard O'Dwyer who faces extradition to the USA re the TVShack website which made movies and TV programmes available for free. His claim is that he simply linked to others who provided the content but that is pretty thin given that he generated $230,000 in advertising and had 300,000 people per month visiting. A more realistic position perhaps is that the law is very unclear and it was and is difficult to know if he was on the right side of the line. An interesting point however is that while the $230,000 looks large given this was run from a bedroom this level of revenue would not come close to funding a single movie he was distributing and shows that the "you guys need a new business model" brigade are frankly talking out of their *****. No business model can survive the proposition that entity A creates, builds and markets and bears the the costs of this and entity B then gets a free ride selling it and is not required to pay entity A anything.

I wonder who bought all that advertising ? At £5cpm that will be a lot of banners. Perhaps that is next on the list of things to consider here.
Richard O'Dwyer rupert murdoch SOPA