Can Microsoft Get Its TV Strategy Right ?

April 18, 2013
So, Microsoft has sold its TV middleware business, Media Room, to Ericsson and seems to be betting the farm on Xbox.

It's worth looking at some history here - one client after the other has adopted and dropped Media Room, from Swisscom to BT. Microsoft claimed that it was the most popular middleware in the world, but it operates in a market with a finite number of very difficult customers (braodcasters and telcos) and has been fraught with technical issues. Good luck to Ericsson in trying to use this for a leg up in the broadcast marketplace.

Xbox, meanwhile, has been quietly building a massive presence and it probably the number one cord cutting device out there: Roku has sold 5m devices, but over 50m Xboxes have been sold.

Traditionally gaming consoles make no money - they have been a loss leader where the games themselves provide the ongoing revenues. But this cash cow is on its way out and the new hope is with cloud based services such as Netflix.

So, Microsoft's latest move with the XBox is an interesting one, plugging the Xbox in downstream from the set top box and essentially cannibalising existing services. If I were Time Warner, Comcast or Sky I would very much be seeing Microsoft as the enemy.

The move may be shrewd, but you have to ask about Microsoft's ability to execute. The company is fast becoming a basket case: Windows 8 is a seriously bad product lauched into a market going backwards like an undertow; Office is in danger of disappearing as Google improves its Drive product and offers it for free.

Microsoft has never 'got' the cloud - will it get TV in the cloud ? I doubt it - they lack any kind of content clout or access, and trying to piggy back other services in the land of the second screen seems a bit dumb. I 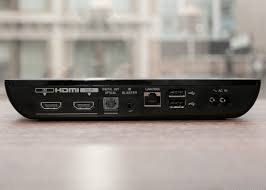