Look Out For Foxy Old Murdoch's European Roll Up

June 15, 2013
A good businessman will always find a way to turn defeat into a victory, and there is no greater exponent of this than the world's latest most newly eligible bachelor, Rupert Murdoch.

After being forced into splitting NewsCorp into the newspaper focused News Corporation and the television and film focused 21st Century Fox he now has the opportunity to create two world class companies and his plans for television are becoming apparent.

Before the local difficulty over phone tapping at 'his' UK newspapers, a clear plan was emerging to create a content and distribution powerhouse by rolling Fox and Shine together and then wrapping up the various Sky businesses in the UK, Italy and France.

Now that plan seems to be back on the cards with the news of a minority acquisition in Spain and plans to form another leveraged property: a summertime football super league.

I believe that once the break up has taken place, there will be a rapid consolidation of the Sky properties in Europe, with moves into other countries. Once again, Murdoch will be taking the threat of the EU to create a single market and turning it into an advantage: they will be a significant pan-EU player (United and RDF being the main competitors) and able to buy rights on a pan-European basis.

Murdoch might not have liked the regulation of his newspapers and the breakup of his empire, nor the posturing of the EU, but he has turned them both to his own significant advantage. 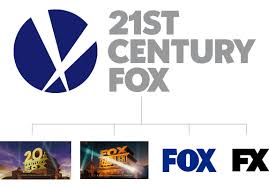