Should The BBC Go Greek ?

June 14, 2013
Rather than chase down wealthy citizens not paying for their taxes, the Greek government this week took the extreme measure of closing down the country's public service broadcaster, ERT, commenting "ERT is a case of an exceptional lack of transparency and incredible extravagance. This ends now.". At TVE we've seen one of our client channels in Spain totally closed down too, so this is by no means isolated.

It does beg the question 'is there a role for the public broadcaster in our current era ?'.

Television has spent its history with one foot in the public sector and the other in the private, with the weight depending on not just the country, but its political structure. But most democratic countries maintain a public service imperative. In the US it's largely based around local and 'highbrow' delivery at the margins of mainstream broadcasting, in the UK it seems to be a model for sustaining 'quality' and in France for preserving the linguistic and centralised culture of that country.

Of course, in the UK the BBC has a position held in an esteem akin to the National Health Service: it is close to sacrilege to seriously criticise the institution, even if the organisation is reasonable at self-flagellation from time to time.

But you have to ask if a tax of over £145 a year for most UK homes is justified, especially as the Corporation seems to have spent much of the money over the past decade in building ever more ambitious real estate projects in Central London and Salford.

Perhaps a good place to start is to go back to the beginning and look at the three often quoted missions the cantankerous but brilliant Lord Reith set the Corporation: to inform, entertain and educate.

The BBC does a very good job at this - better, I would argue, than most other public broadcasters around the world, practically because it has huge budgets, and partially because it has operational freedom. However, there are a number of much smaller organisations such as WGBH in Boston, Massachusetts that do an equally good job based on voluntary donations.

But there are other organisations that fulfil these criteria, ranging from Khan Academy to the Open University in informing and educating to thousands of sources for entertainment on traditional broadcast television and online. Indeed, it is easy to argue that the BBC has stifled plurality in all kinds of areas, especially local media.

But, the BBC is not only the UK's largest broadcaster by far, it is also the largest in the world by employees: 23,000 in all. It has a budget of £4bn. However, if you put the £12 a month the BBC costs against Netflix' £6 and then add in a tenner for Spotify, it seems reasonable value for money, and it would more than likely be the choice of the majority of UK viewers.

It also runs a lot of channels: channels are a very 20th century broadcast concept implying not just curation, but also restriction and rarity. The fact that two of its broadcast channels are empty for most of the day show the vacuousness of this channel-centric support

Ridiculously, the UK also has a second public service broadcaster in Channel 4, which even more bafflingly, is quasi-commercial.

Of course, in most countries around the world, public broadcasting is simply a byword for government mouthpiece, and even in the UK the Tony Blair government outrageously interfered with the BBC.

So, if you don't need to prop up ageing dictators (or even democratically elected ones), can find plenty of information and education online, and have thousands of sources of entertainment channels on multiple devices, in a world where everyone wants £5 or £10 a month from us viewers, what should the future for the BBC be ? Or for public service broadcasting around the world. 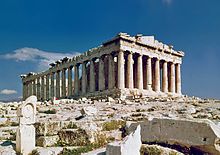 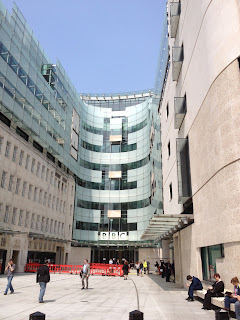