Internet TV Is Far From A Done Deal

February 28, 2014
I remember sitting on an OFCOM consultory committee over a decade ago listening to everyone around the table discount my contention that broadband was a serious barrier to access for UK viewers of Internet TV. They all lived in inner cities, so thought all was OK. But in rural areas the situation has become worse and as more and more people and more and more devices and services require a good internet connection.

Today a survey from the EU has revealed that 41% of users experience problems watching a video on a mobile device and 37% experience problems on their fixed internet connection at home due to speed limitations or blocking of content by service providers. 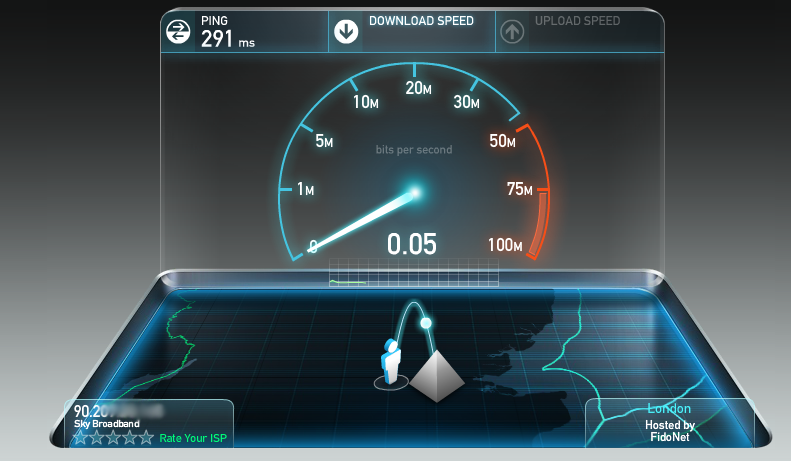 With my paltry 50Kbps evening broadband (yes, that's a K not an M) courtesy of Sky broadband (down from 4Mbps some three years ago on TalkTalk due to no investment in the local un-LLU exchange) this isn't a problem faced by rural Slovakians and citizens on the Greek islands. It's the situation all over the UK.

In reality, the inability to watch telly over the internet is a relatively minor effect of the lack of equal broadband provision: I have seen businesses I am involved with move out of Wales due to the paltry lack of broadband available there and house prices are suffering considerably too - if you work from home a good, reliable broadband connection is more important than anything. So, the economic effects are becoming devastating.

Add to this an inability to communicate, to take part in civil and, increasingly, commercial society and it's my hope that the EU will again prove its worth in the telco market and insist that all citizens are provided with a minimum connection of 2Mbps at any time of day or night for a reasonable cost.

Compared with the cost of building high speed rail lines or moving the EU circus to Strasbourg every year this is investment that could make a real difference to the lives of EU citizens.

Politicians need to stop hiding behind 'average' figures and the smoke and mirrors blown by OFCOM and need to  do what businesses do - look at the worst case scenario and improve on it.