January 23, 2015
Well, it's finally happened. Microsoft has taken a bite out of Apple with a product update that Steve Jobs would have been proud of.

Whilst Google has been playing with its Glass product and, frankly, getting nowhere, Microsoft has been developing an AR eyeset which has blown away the people I've talked to who have been lucky enough to have an early go on. HoloLens (surely a radical product like this deserves a better name ?) looks like a cleverer rethinking of Google Glass's shortcomings. Yes, now you can edit your film by waving your arms in the air!

What is interesting here is that, in the past, Microsoft has come up with ideas that others (usually Apple) have perfected. Remember when Bill Gates was pushing the tablet computer a full five years before the iPad arrived? Now Microsoft seems to be taking the lead.

But the most radical indication of change in Redmond is that Windows 10 is to be given away free. Now, considering that Office has also become a freemium product and that services like Azure and OneDrive have massive costs of sales, you start to realise that Nadella has rolled the dice in a way his predecessor never had the guts to do, for all his bluster.

And there's a halo effect on the brand. Whilst Apple keeps on reinventing the same products and really hasn't innovated at all since Jobs' passing, Microsoft is in danger of becoming cool with its innovative new product set.

With its USB, expandable storage and cursor, I find Surface far more useful than the iPad, which, let's face it, is a glorified Kindle.

The real challenge facing Microsoft will be one of corporate culture. I have worked closely with the company for many, many years and it's often a devolved relationship which has always involved payment for everything (oh, come along to an event with some clever people...that will be $200 please.. Want your developers to develop for our platform ? Oh, that will be $5k per developer, etc..). Even then, the problem is that if you start making part of your stack free, whilst competing with the Open Source or Google business models, you have to figure out another way to make it back.

Storage Wars isn't a TV programme any more, it's a fight to the death between the major computing companies, and as much as cloud pricing is obfuscated using 'workers' and 'blobs' and 'transfers', it's not difficult to compare it to the cost of doing it yourself or with another supplier.

Ironically, maybe Microsoft's best chance to make money is as a hardware company - they have done a really good job recently, and I really, really want a Surface Hub for my office: 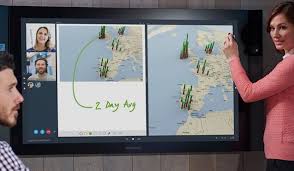