February 27, 2015
Those were the words of the HAL 9000 supercomputer when explaining to the rather alarmed Dave in 2001: A Space Odyssey that he was no longer setting the priorities (go on take a look) 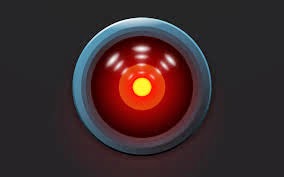 This week the Google Deep Mind project and its DQN programme made a massive breakthrough and showed a computer could learn for itself up to a standard equivalent to, and possibly in advance of, human ability. Rubbish in rubbish out need no longer apply to intelligent computer systems - the servant can become the master.

Readers of the great book The Second Machine Age will immediately appreciate that this has massive implications as in general computers are much cheaper to run than people and do not sleep or need holidays, pensions or pay rises. The office party would also presumably be quite a muted affair with none of the dodgy behaviour we all look forward to.

Given the networked nature of modern computer systems it seems likely that once operational the rate of learning and development across a massive interconnected network of devices would be exponential. Given all the data and data collection ability Google already has these advances are probably closer than we think with issues like predicting the weather, stockmarket etc relatively trivial.

On matters IPTV new research out from Thinkbox shows viewing on a TV set in slight decline with viewing on PC's / Tablets up.

Commercial TV viewing is about 2/3 of overall viewing but the the definitions are not clear. Would an OTT service like Amazon or Netflix be counted in this ? Is the BBC the balance of other activity ?

I have put a question in on this - will let you know if I get a response or if the request gets fired round the U bend / into the circular file etc etc.