Sky delivers (again) - the high point of the Pay TV model or the launch platform for NOW TV ?

The slide below provided as part of the results presentation shows the strength of Sky in the mind of the UK consumer. 51% of people view Sky as the leader in TV entertainment. 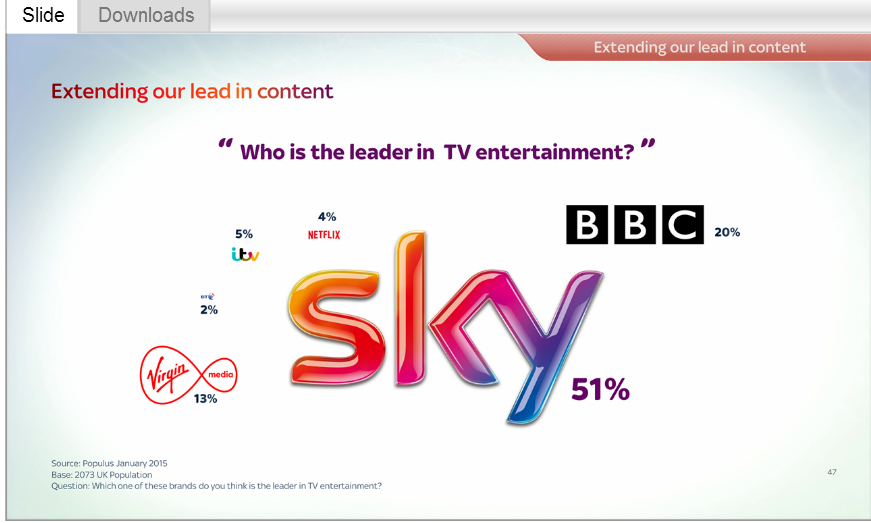 Where are we in the cycle of Sky's business and the demographic of the user base ?

John Chambers, well respected CEO of Intel, apparently commented at Davos that 40% of large businesses would not survive 10 years due to the disruption caused by digital transformation.
One of the major IP pirates currently provides the channel list below 24/7/365 for £10 per month which illustrates perfectly the problem and in a somewhat back handed compliment to Sky they are very prominent indeed. Through direct audience and 3rd party distribution KLipcorp estimate that this pirate channel reaches over 100 million unique visitors per week worldwide; 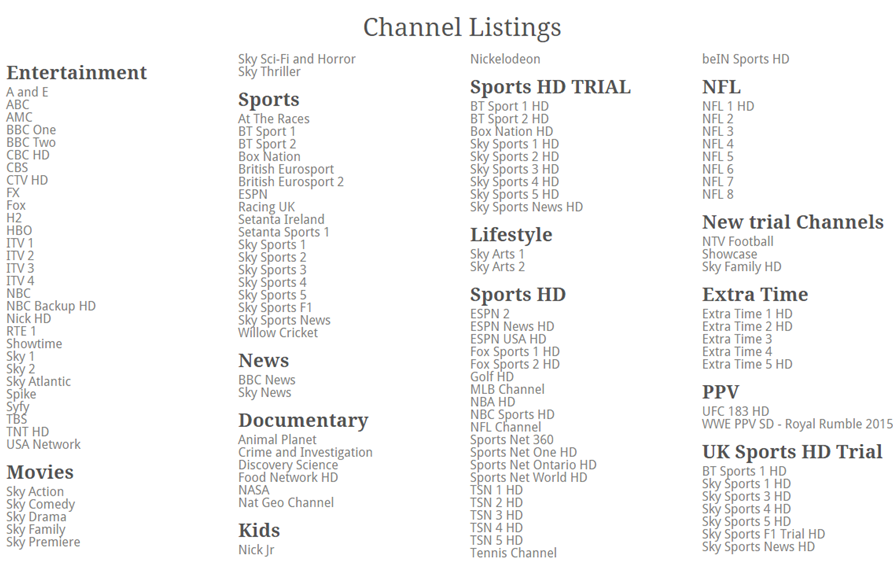 Realistically pirate activity appeals to a younger potentially more cost aware demographic but today's teenagers are tomorrows decision makers. The above channels are also seamlessly integrated into XMBC android boxes and are available via mobile devices and heavily promoted on social media.

Now TV appears to be directed at the demographic who may be attracted to pirate material and it certainly featured heavily in the presentation today. Transaction revenues have tripled but the split between Sky Store and NowTV was not broken out.

We will shortly hear who has secured which of the 7 live packages for the rights to the EPL (the pirates do not really need to put a bid in) and who looks be getting the upper hand between Sky and BT on UK sports rights. At this point BT would appear to need the rights more than Sky given the breadth of Sky's offering and they do have a bigger balance sheet. Perhaps sports rights have lost the ability to drive new subscriptions with a younger demographic as the exclusivity is gone ? That will become apparent over the next couple of years.

The digital environment has never been more interesting and is changing very quickly. Amazon has invested $3bn into Prime video even though the box sets and movies can all be seen on various pirate outlets.

The anarchic nature of the Internet will change the pay tv business model - it is probably just a question of extent and timing.