March 23, 2015
Customised TV ads has been a pipe dream for as long as commercial telly has been around. Companies like Visible World were tackling this opportunity over a decade ago, but by and large attempts have got nowhere fast.
The problem is not the technology, this has long existed, but rather the existing infrastructure. Getting that picture onto your flat screen demands a considerable amount of technology. This is further complicated by the fact that there are four mainstream means of distribution: digital terrestrial, cable, satellite and IP.
On top of this you have TV regions or affiliates with opt in and opt outs.
Now, if it was all IP based the problem wouldn't exist: twelve years ago my former company developed a platform that enabled targeted delivery of TV ads on a one by one basis. But all that sunk investment in MUXing technology and PlayOut systems based on carts means that we are still a long way from this.
So, it's interesting to hear that Google's Doubleclick division, who run the main systems for booking ads on the Internet, is trying to span out into TV in Kansas, where Google has invested heavily in infrastructure.
This is ironic. One of the main reasons targeted advertising doesn't work is Google, which puts a heavy premium on behavioural advertising over targeted advertising.
Let me explain the difference. The former doesn't care on what website the ads appear, it follows the individual and keeps on playing the same ads at them irrespective of the hosting site. The latter targets the user based on the theme of the website. I am no fan of behavioural targeting - I usually see ads for things I've already bought and I'd much rather see ads that were contextual to my interests.
The dilemma this causes for publishers or broadcasters is that this devalues their advertising inventory. Because you deliver an audience of billionaires does not mean that you will be paid more for your ads.
This is the direct opposite of how traditional magazine advertising has worked, for example.
Television advertising is more complex. The old adage that 'I know 50% of my advertising works, I just don't know which 50%' is more true of television than any medium.
Television use to be a great brand builder, but these days you rarely see brand ads, apart from the odd beer or beauty commercials. Adverts have become more direct and often more annoying as a result.
The danger of fully targeted advertising is that it will become more like the web, where the same ads follow you whereer you go.
Google has built a massive global monopoly based on this, but I really hope they don't succeed in doing that same in TV advertising. 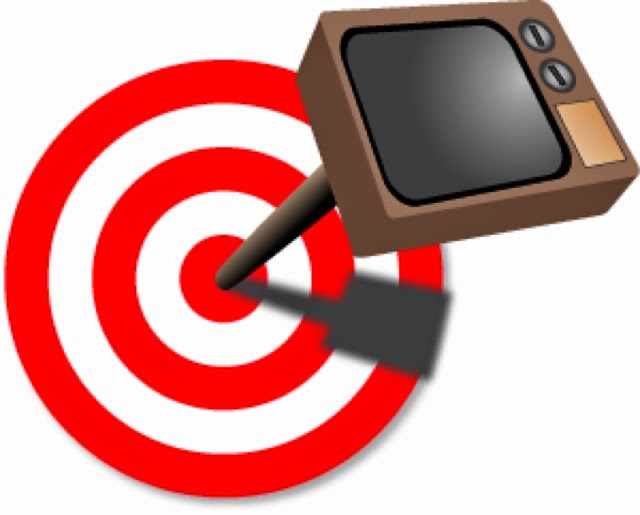