Apple, Things Are Tough, So Can You Now Pay The Money You Owe The World ? 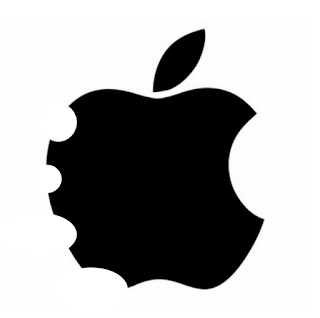 With today's financial results, Apple is now bigger than all but 50 countries around the world. New Zealand is a minnow, as is the Ukraine or Hungary.

But the company has a huge problem. It is generating useless money.

The US has a corporation tax rate of around 35% and California whacks another 8% or so on top (in the UK the total would be 21% and is soon to be reduced to 18%; in Ireland it is 13% for domestic companies, but 3% for Apple).

So, Apple cannot realize its massive profits which are squirreled away in low tax domains around the world.

The result is astonishing. The company actually raises money in the US to pay off its shareholders with new money so that it does not have to bring its dodgy stashes onshore.

This begs major questions about Apple's balance sheet because money that cannot be returned to shareholders is not a liquid asset, but Apple show it as such on their balance sheet.

Meanwhile countries like the US and the UK, and certainly countries like Greece and Spain could perhaps do with Apple paying its tax liabilities at source. 40% of $200 billion is a lot of money (and, to be fair, if you extend this to the likes of Amazon, Microsoft and Google, the overall figure becomes really significant.

'Big Internet', including Apple and Google is now so big it has become a problem that the world has to deal with.