Plugge It To The EU 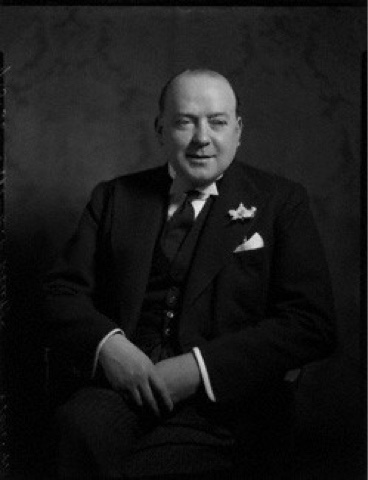 In 1931 a suave Brit called Leonard Plugge visited the owners of the Benedictine distillery in a small town on the Northern French coast to see their transmitter.
In an eureka moment (possibly lubricated by his guests' product), he decided to take on the BBC who, on Sundays especially, only broadcast a rather heavy schedule of sermons and church services.
Realising that a transmitter on the English Channel could reach the towns of the South Coast he started his service, Radio Normandy.
Very soon he courted advertising for his burgeoning service which, with stronger transmitters, now reached the Midlands of England and was attracting higher listnership than the BBC.
So, he manufactured and started 'plugging' his own brand of face cream which became a massive success and kicked off broadcast advertising in Europe.
Why do I relate this obscure, if important, piece of trivia from the history of the media.
Well, today the EU ba ked up recent moves by the EC and announced an investigation into Sky and their relationship with major Hollywood studios.
The EU is determined to see a single market in media (just like we don't have in anythings else due to pervasive national interests), and this is their opening salvo.
The Board of Sky must have been down the pub celebrating all day.
There is nothing that they would like to see more than a single content marketplace now that they gave rolled up Sky operations in the UK, Ireland, Germany and Italy and have a half decent online service that could be rolled out all over the continent.
The trouble with this is that a single European market may be good for consumers who want to watch the BBC in Slovakia, or Scandie Noire in its original language in Portugal, but it's awful for the production industry in Europe who will be left with many fewer sources of revenue since they will only be able to sell their production once in the whole of the EU.
There is another problem, funding for TV, whether from public service or commercials, is based on borders. Dismantling this will be hugely disruptive and will make it even easier for Big Media and Big Internet from the USA to buy up the best properties. It will also make it easier for them to operate - just look at the problems Netflix has had rolling out in Europe.
So, I reckon there are a load of US media and internet execs joining those Sky guys down the pub.
Meanwhile, the rest of the industry is left out in the pouring rain on this wet summer's day, wondering at why the EU is set to play havoc with a very successful industry.
Leonard Plugge would be revelling in the irony of how the Europe has come a full circle in dismantling its media borders, but the irony is that he was also a Tory MP, and I suspect would be vehmently opposed to what the EU is now proposing.