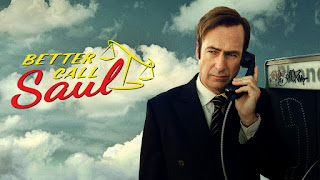 You'd think that a rights dispute over two songs written nearly half a century ago would not be the kind of thing that should perturb rock heroes as they enter their twilight years, but think again.

The latest example to hit the headlines is the dispute between Randy California (of Spirit fame) and the possibly the greatest rock band of all time, Led Zeppelin. And it's not some vague track that's in contention, but the first complicated riff that any aspiring guitar player learns - the opening part from Stairway to Heaven.

A judge in California has ruled that there may have been an infringement (Spirit and Led Zeppelin played twice together before Page & Plant wrote the anthem).

You can judge for your self with this excellent analysis by www.tjrmusic.com :

You can really hear the similarity, but, boy, you can go through the history of music and find example after example. There was the recent ballyhoo about Adele 'borrowing' Hello from Lionel Ritchie, and even the famous Kansas/Journey and George Harrison/Chiffons spats go all the way back. There's even a website dedicated to plagiarism (sorry, alleged plagiarism mashups): http://songsalike.com/

And this is even without looking at how sampling has worked its way into modern music.

But the real issue here is that music rights are in danger of ending up in the same place as patent rights, where interpretations, especially in the US, have been far too wide and given rise to a whole industry of patent infringement trolls who make the lawyers featured in Better Call Saul seem nice and sensible.

Ironically, artists and songwriters seem reluctant to sue each other, perhaps realising that there's only so much originality that you can get from 12 notes. But, where there's a right, there's a claim and as artists from the golden age of rock come to pass, there are plenty of relatives, estate managers and attorneys who are more than willing to turn over old rocks (so to speak) and dig for gold.
copyright led zeppelin music rights