The Trouble With Transmission 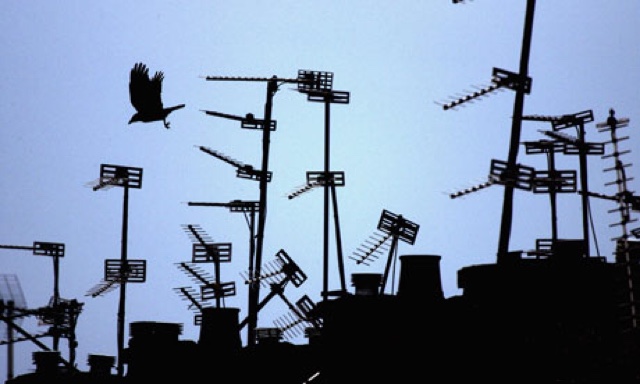 As a youngster I remember climbing the mountain behind our house and being part of a relay trying to get a signal, via various boosters and a very long aerial line, from the nearest transmission towers, which were seven and twelve miles away.

You see, the problem with TV broadcast signals is that they require 'line of sight' and operate at reasonably high frequencies, so the signals can't get around corners.

In the Western fringes of Snowdonia we grew up listening and watching RTE, the Irish broadcaster, and not BBC as a result.

Today I'm in Reading in the heart of the industrialised South East of England, the so called UK Sicilon Valley, just a few hundred yards from the headquarters of Microsoft and Oracle and my broadband has died.

Once a year over a hundred thousand people descend on Reading for a rock festival. The problem at the moment is that they are all millennials, so wouldn't dream of worrying about line of sight for their TV signal.

My issue is that, in the largest town in England, I cannot get a signal from a broadcast tower, due to a seven storey residential tower block to the south east of our riverside house. As a result, I am also a cord cutter, like the millennials. And now I cannot get a decent broadband feed.

The other problem with traditional broadcasting - digital or analogue - is that it involves equipment which looks like the molten carcass of an ancient monster. TV aerials are ridiculous contraptions. The broadcast towers equally so.

All of this leads me to wonder why the technology developed by the defunct Aereo could not be combined with software that detects video streams in a device with an automatic rollover between the broadcast and IPTV?

In other words, why can't a computer detect when a broadcast signal makes more sense and allows a device to connect accordingly?

Around ten yeras ago I proposed a similar system that rolled over between cable and internet to my clients at Virgin Media and they still haven't really cottoned on.

The trouble with technology is that everyone ploughs their own technical furrows and fields and forgets to look left or right at how they could share, improve and work better.