How To Cord Cut

September 26, 2016
As TV moves from broadcast to IP delivery, a lot has been written about chord cutting. I thought that it might be interesting to document my journey as an early user in the UK. I hope you find it interesting and useful.

Two years ago I moved house with my wife from a one bedroom flat in London with fully loaded Virgin Media (with all the Sky options) to a large house in Reading outside the reach of their cable network (only just - the rest of Reading is fully cabled) and even obscured from a good terrestrial Freeview signal by a tall residential block.

The only option, then, was Sky, which I had swore I would never subscribe to again for reasons too numerous to go into here (but largely involving supplying a 10Kbps connection whilst charging for a 4Mbps at our other home in Wales and for subsidising Premiership footballers' ridiculous salaries).

So, I became a cord cutter. Sorry, a Cord Cutter. And this is my story.

After a couple of dud routers and a lot of angry calls, I managed to get a stable and decent connection from BT. There are some issues with it: for example the DNS resolution is very slow and the network is obviously running a lot of monitoring (including I'd guess for 'security' purposes),  but overall it's pretty good and the streaming has largely been good.

Next came the rebuilding of my usual services without a broadcast TV signal.

I knew that I need the minimum of the following: BBC, ITV, Channel 4, some Sky channels and access to rugby.

In addition there were the options of the online streaming services from Netflix and Amazon Prime.

Our house has a lot of screens. At the last count 5 flat screen TVs, some very old; five iPads (some very old!) and around six Macs and PCs. A typical tech family in the 21st century! (Incidentally, this places a lot of strain on a domestic wifi network with its limited number of channels, so you'll often find channel clashes and performance issues demanding a router reboot.)

So, how to marry the content with the screens ?

I researched every option.

Smart TVs are even more confusing. Each offers a different mix, with none offering a comprehensive set. For the record, Samsung seems to currently offer the widest range of apps.

So there was only one option, the Roku stick (or box). This wonderful little piece of technology connects to a HDMI port and gets power from mains or a USB port on the same TV.

It provides me with all of the content I require apart from BT Sport and UKTV. We now have four of these devices, which cost around £30 and are a total bargain (ironically the company is part owned by Sky and they make the less well provisioned Now TV boxes). The also steam Spotify via the soundbar on the TV.

Thanks to a free BT Sport subscription that comes with our BT service, the challenge was then to get this off the apps provided by BT on small screens onto our large screens. The solution was to buy a Chromecast, a slightly weird dongle from Google that enables certain videos to be shown on a big screen using wifi. It's clunky and not very useful for anything else - most iPad TV apps don't seem to support Chromecast.

UKTV remains elusive, although many of its channels are available on Now TV.

I do wish BT and UKTV would develop Smart TV apps. They must have their reasons for not doing so, which are obviously nothing to do with being convenient to their (potential) viewers.

One footnote is that it is useful to have a TV with at least five HDMI and three USB ports if you chord cut. HDMI: Roku, Chromecast, DVD, soundbar, spare (for PC, for example); USB: Roku and Chromecast power, and you may also want to add a HD for your media.

So, let's look at the cost.

Netflix is £7.49 a month, Amazon Prime (£79 a year with additional benefits) and Now TV's Entertainment Package (£6.99 a month). Of course you also need a BBC licence at £145.50 and a broadband connection at around £35 a month, which I presume we all need these days.

I then pay on demand for certain sports events on the excellent Now TV service, usually a day pass for £6.99 to watch a couple of rugby games.

I calculate that I used to pay £80 for TV in London, without Amazon and much of Now TV, and now I pay around £30 a month.

Extend this to the additional £80 we pay for our second home in Wales, where we can reuse the same subscriptions online, and we save well over a hundred pounds a month.

The biggest shortcoming is the inability to record anything. This isn't a problem for all the content available as VoD after it's screened, but for reasons I still don't comprehend, very little sports content is made available VoD, so, if you miss the match, it's gone forever.

The need to swap cables and move tech can sometimes be a pain.

Oh, and explaining how it all works to you better half, who is used to one TV interface and remote can result in arguments.

You have to deal with apps, all with loads of different and confusing (and usually useless) interfaces. There is no homogeneity or consistency.

As a viewer the most frustrating thing is that nothing is done for the viewer. It's all done to preserve the interests of each content owner to the detriment of all.

We have always been avid viewers of box sets, from the time we met and would watch endless episodes of Friends in Amelia's flat in Paris to our third pass through the West Wing ouvre, so binge watching is preferred behaviour for us and cord cutting has reinforced this.

However, I do think that there is still scope for better curated content outside the tired 24 hour schedule.

Has been a trailblazer, but the app does have shortcomings.

Has had a very poor relationship with online, despite being a very early adopter. They offer an ad free service for a subscription, which is fair enough if you can find programmes that you want to watch.

A strange omission for the UK's second PBS is no live stream.

So, if I was forced to ditch a service, well ITV is a bit of a disaster, so that's easy, but Netflix really isn't  up to Amazon, iPlayer or Now TV by some distance: the content is pretty poor. Likewise, BT Sport is just too annoying to bother with for a bit of sport.

I miss recording sports events, but otherwise, saving over a hundred quid a month says it all. Companies like Sky and Virgin operate on a good user experience and ridiculous prices and you don't need to play - or pay - their game any more. 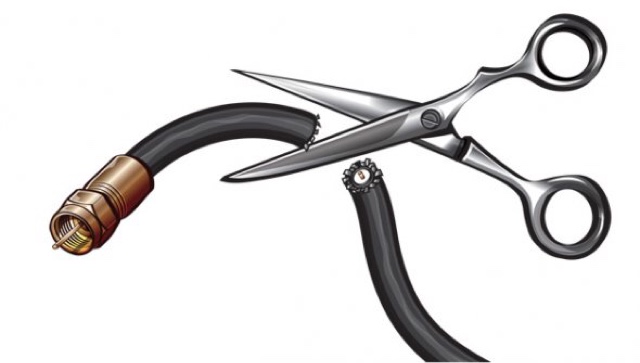