In a world of covers and sampling, memes and widespread piracy, one of the biggest questions facing us is 'what is original ?'.

Adobe this week proudly unveiled Voco, a programme that can literally put words into your mouth (or anyone else's) by editing your recorded speech. A bit like their Photoshop product does for images, or After Effects does for video.

The reality is that all copyrighted works become derived. A musical piece or song becomes a performance, a play is a theatre event, a script becomes a film. In a film, music, performances and other artistic contributions are woven together. And even the finished work may be further versioned into different cuts, languages, dubs and components of yet other movies.

In the past such versioning at the very least demanded an expensive infrastructure such as a sophisticated audio studio or edit suite. Now, it's all available in your mobile phone.

So, as we spend more and more time altering others's work, we have to ask what is original and where do the rights exist ? Or possibly where do they persist ?

In a world where one of two liars (one perhaps more blatant than the other) is about to be elected President of the United States, the veracity of our world is in danger of slipping away unless we find a way of tracking and making accountable how ideas are developed, improved or manipulated or debased, and by whom.

Art has long been about editing reality, and so perhaps has politics, which is fine if everything is in the public domain and we can track its veracity, but what happens when a lying politician is acceptable to millions of people, but a forged work of art is not ? And who takes credit ? 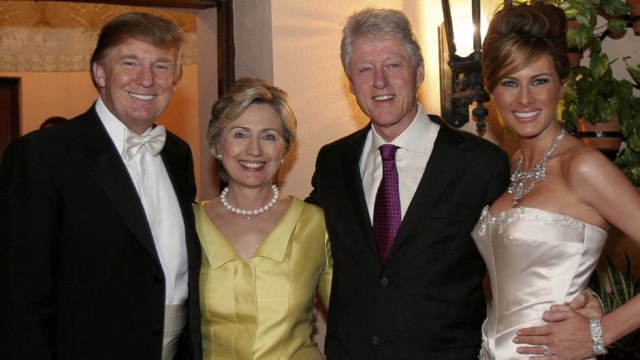