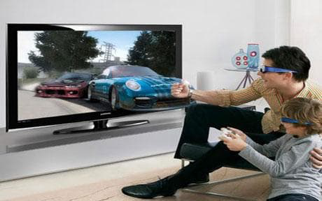 Quietly and without much fanfare LG and Sony have joined Samsung is ending the production of 3D TVs.

This blog predicted its demise many years ago. The main reason for this contention were reports from Japan on how the technology made viewer feel ill.

The importance of 3D to the TV industry was that it was the next big hope for churning the ownership of TVs (which most people only change every ten years or so) after most people already had HD compatible TVs. But it never materialised. Production costs were prohibitive and added very little especially to soccer and other field sports, which are very 2D in nature. Watching a few players run past a TV camera before a game simply wasn't worth the hassle of wearing silly glasses and suffering from headaches.

So now, we we in the 4K waiting room, and soon it will be 8K. In the meantime the TV manufacturing industry has a whole host of other reasons to shift products, from smart TVs to screen size, none of which are particularly dependent on changing the way content is produced.

Meanwhile, many of my friends are watching live sports on their mobiles using poor unreliable feeds from Mobdro and others because the cost paying Premiership footballers lost all reason some time ago.

The lesson from this is that technology needs to make content convenient and cheap, not bigger, better and more complicated.

Again, a long time ago we predicted that the mobile phone in your pocket would become your set top box, your projector and your wallet for paying for content. This is where the battle for TV technology is now happening.