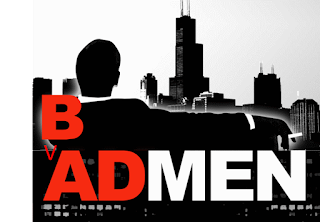 Martin Sorrell, boss of the world's largest ad groups today moaned (again) about Facebook and Google, with whom his company spends billions on behalf of clients.

It is true that neither company has been even vaguely interested in being properly accountable for the money spent with them. Facebook has admitted to cheating and lying about figures over and over. And neither company is scrutinised or audited in the way any traditional media company is.

But, Mr Sorrell, you have colluded totally with this state of affairs because it benefited your bottom line, so it is disingenuous to make accusations now. If you really believe that Google and Facebook need to be more accountable (and there is little doubt that they do), then persuade your clients to stop wiping out traditional media in favour of Big Internet.

The trouble is, ad companies are really bad at technology: the quality of online video ads is shocking, something that could easily be addressed; the placement of the ads next to inappropriate  content is even more worrying and, worst of all, programmatic buying is lazy, stupid and just plain wrong.

The truth is that the advertising industry is driving a race to the bottom in the media industry.