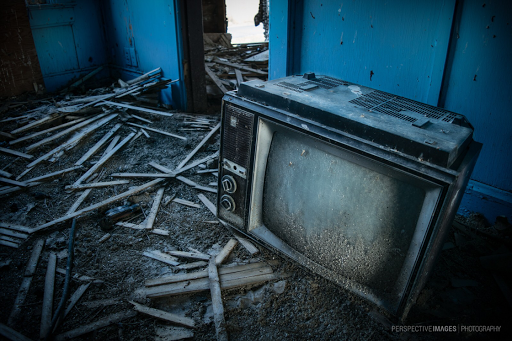 Once upon a time you got a licence, and then hired some program makers and some ad sales guys, and you had a TV station. You added a few more stations and you had a network, or bought some infrastructure and became a broadcaster or a cableco.

How things have changed.

Today you can buy a $13 mount for your smartphone, go a little wild in front of the camera and get a couple or millions of 'followers' on YouTube or Facebook. Suddenly, you're a TV mogul.

The former model, highly regulated and controlled, was, until very recently, being trashed by the new model, especially amongst 'key demographics' (read: the viewers of the future).

Then came piracy, beheadings and child murders live on Facebook and YouTube: the safe harbour provisions of the DCMA may be fine for piracy, but for murder and terrorism ?

All of a sudden we are in a brave new world of broadcasting where a lot needs to be redefined and all bets are back on the table.

But, the context is not new: the model has been seen before in the music industry.

The problem with the music industry is that they let themselves go cheap, first of all to MTV, then iTunes and then YouTube; they've done better with streaming. Despite the growing pains, Spotify is slowly becoming a gold mine. Content is king and streaming is where it's at.

So, what does it take to build a TV content service for the future ?

I'd argue the following:

Logistics - producing and distributing across multiple devices on multiple platforms at optimal quality and the lowest cost remains a major challenge, as do associated issues such as metadata management.

Rights - you need to own and control the correct rights and be aware of any residual costs; this is a hugely complex and under-estimated area.

Content - remains king; this is what draws in the punters and turning content into a brand is quite a skill; turning it into a global brand is an even bigger challenge.

Services - a linear channel, an app, an OTT service; the user interface, the content mix, the user experience; no one has aced this yet. The BBC iPlayer and Netflix are both frustrating to use, for example.

Security - how do you prevent piracy and commercial seepage ? A mix of the right pricing, availability/distribution, technology and policing. Another complex field.

Commercialisation - so, who pays the piper ? Old revenue models were simple - a cinema ticket, public service payment or advertising supported. Now, models are more complex and nuanced and need constant tweaking and development.

Audience Building - ah, the punters: the people who pay for all the above. Easy to find on Facebook or YouTube, but then they're not your audience, are they ?