No Single Market For Rights 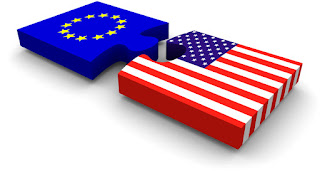 So, the EU has backed down and is not going to create a single market for TV and sports rights (apart from news).

This is a sensible decision for those who make a living from producing Scandy noir, French art house cinema or British format TV, but bad for consumers. Regular readers of this blog will know that I railed against the proposals, largely from self interest for our rights holding customers, but also to stop the further erosion of the European TV and film industry in the face of an onslaught from US Big Internet. (It does, however, show how flawed the very idea of the EU is - there may be single markets in some things, but there isn't for tax, pensions or rights.)

It also shows that rights management is not going to get any easier - having multiple tiers of legislation in world with multiplying distribution opportunities makes things complex, to say the least.

Meanwhile, the FCC has put forward plans to dismantle net neutrality in the US. A very fragmented marketplace is evolving for delivering content.

The FCC's proposals would open the way for every ISP and cableco to charge OTT providers for delivering their service (with some justification since they have put in place the expenditure to enable the delivery of the content in the first place). So, sell your Netflix shares and buy some in AT&T...

Even in Europe, the IPS remain the gatekeepers, albeit having to respect the rules of net neutrality (don't expect the EU to turn their back on this any time soon).

So, it's hardly surprising how much integration there has been between service providers and content producers recently (Comcast/NBCU, AT&T/TimeWarner (blocked), Liberty Media/F1, etc..).

And, hot off the press, comes the new digital royalties tax on Big Internet in the UK announced in the Budget today.

The likes of Netflix and Amazon want to buy and offer rights on a global basis for their customers. Until the pesky legislators get in the way. The past few days have been good for rights holders and bad for Big Internet.