Revenge Of The Trump 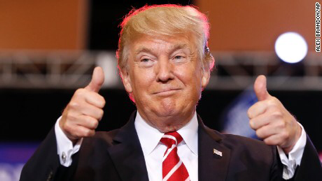 Whatever you hear, there’s little doubt that the blocking of AT&T’s takeover of Time Warner was politically, or perhaps more accurately, ego driven.

Considering its size and capabilities, Time Warner, which was once taken over by internet has been AOL, is a bit of a mess. This just shows how the vision of internet TV, a bit of a joke a decade ago, is finally eating the world’s largest media companies alive.

The current thinking is that network + content = a future.

It confounds me that the likes of Netflix and Roku are still independent.

But the tech is secondary.

The market is wide open for a decent Netflix like sports proposition, and for niche services as add ons, just like current cable works.

The old guard are clinging on to the lifeboats on their sinking ships. They never saw that iceberg coming.

There is value in brands - Disney is looking to leverage Marvel, Pixar and Star Wars for its new service - but there is nothing better than defining an audience and delivering what it needs, not what media multinationals, rights owners or big internet need.

The likes of Facebook and Google have bamboozled a global generation into buying into their services and giving away, well, everything to them.

Whilst no one was looking, Netflix did the same, and Roku is the tech that Apple really needs in its universe, but they’re too hubristic to make that move and will try and fail again to tackle TV on their own. Just because they conquered music...

But back to Trump, whose FCC is about to reverse Al Gore’s net neutrality laws. The Administration takes away with one hand and gives with the other. If net neutrality goes, then content ownership becomes less important than content delivery, and Comcast can charge Netflix $5 per user per month. Essentially Netflix becomes unecconomic and has to become the content arm of a telco. Unless that merger is blocked, of course....