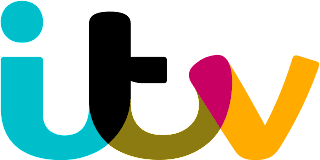 Sometimes you are present when something passes away.

In my lifetime ITV has gone from being the proverbial 'licence to print money' to a rolled up conglomerate that can barely tie its own shoelaces.

I started my career as a cameraman at an ITV company (well, a second job at least), so I have a genuine soft spot for the conglomerate that became a company.

But this summer has shown the cracks.

Their clunky interfaces on anything that isn't just a screen with a remote is in frustrating and saddening.

The clunky ads, which clearly do not deliver the same commercial benefit as Channel 4's online ads (equally frustrating but a lot more commercial) indicate that they are making a pittance online.

There is a paid for option, but WTF, who would pay for a bunch of third class content your gran gets for free on her boxy telly ?

But what has shown more than anything else how bad things are at ITV is the quality of their streaming during the World Cup.  Their streams seem to be delivered at around 1.5Mbps, probably a tenth of the bandwidth that the BBC are delivering for their Ultra HD 4K streaming. And boy, does it show. Even on my iPad the ITV feed is fuzzy and disconcerting.

Clearly, there is a commercial decision behind this. At 1.5Mpbs the cost of delivering a football game online is probably half to one penny per viewer. At 15Mbps it's going to be ten times that.

So, a million online viewers costs £5k or £50k depending on the quality of the stream.

Netflix have shown what model works and ITV are being deliberately contrary.

So, with no technical nouse where does the company go from here ?

The share price is at a near all time high. Why ? I suspect a bid is imminent. Otherwise the shareholders have a rough ride ahead. One thing is certain, ITV's future as an independent media company, like so many similar channels across Europe and the wider world, is nearly over.