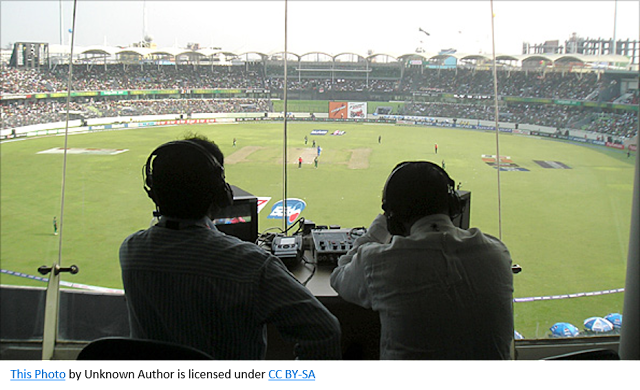 The combat sport which is "trying to watch rugby in the UK" has resulted in some interesting consequences.

BT Sport provide good live coverage with great image quality, but only over Chromecast, which itself has endless issues from connectivity to sound lag. But on demand coverage, if it ever appears, takes months...

Sky seems to have given up on rugby, only showing some European, Southern Hemisphere and French games. Not worth bothering with. And there is no catch up anyway.

But my latest Permier Sports experience (Glasgow v Dragons) is a whole sports match without commentators (well up to 22 mins).

And I can't decide if this is tops or pants. Initially it felt sparse and wrong, but as I cointinued watching it reminded me of my academic past.

I studied film. Specifically I studied Japanese film. In the silent era the Japanese film industry used to have guys in the cinema with long sticks explaining what was going on. They were called Benshi.

When sound based films came along they were no longer required and went on strike. No one missed them.

However, it does strike me that you could do some very interesting things with sound on an online feed - providing a sound feed from your mates, from fans, from commentators or just dialectic sound.

In a market where the only differentiation seems to be how much you're willing to pay for rights, this could be a winner.
commentary dialectic iptv OTT sound sport voice over