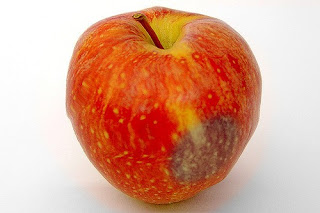 Well, my post on Apple has elicited a lot of responses and some further comments that I thought were worth addressing.

The general consensus is that Apple's services business will take over from its hardware business and continue generating massive revenues and profits.

But the reality is that Apple is in more difficulty in its services business than it is in hardware.

Apple does not have a large scale advertising business to rival Google or even Amazon and has no hope of building one.

It has no AI or voice business (come on, Siri is a joke..), althought the financial benefits of Alexa and OK Google have yet to be proven.

iTunes changed the music industry, but made the fatal mistake of becoming hated by its stakeholders and, critically, failed to embrace the streaming revolution. Spotify, Deezer, Google and Amazon have pulled miles ahead.

Apple has no video/TV service business worth bothering with.

Apple has no games business beyond apps.

Apple's app store is under pressure from online services such as Steam, device platforms from Sony and Microsoft and, of course, Android and Fire.

The only bright point may be in health, where the Apple Watch and other initiatives seem to have given Apple a niche to exploit. But the competition is intense. Fitbit may well turn out to be the winner.

When you're no longer capable of innovating, you have to acquire. Apple has a massive cash pile and needs to either give this back to shareholders (it has already given a lot back) or acquire new vertical sectors.

But Apple is a company hugely averse to major acquisitions. However, it needs to acquire, and fast. Tesla, Netflix, Fitbit and Spotify, at the very least, need to be purchased asap.

They need new leadership and vision. Cook and Ive are laudable for past achievements, but a new, aggressive management team is required.

The main problem for Apple is that there is nothing major to invent in its current sectors. The first iPhone was brilliant and the current one is only slightly better. Ditto the first iPad. And who needs an interactive watch when you have a great phone ? Apple should have moved its brand into new sectors - cloud, transport, OK - health, many years ago, but Cook was too focused on milking the cow. Nice. Easy. Comfortable.

Major shareholders have already lost over 10% of their holdings in a couple of weeks. Unless things change radically they will loose another 80% in the next five years in my view.