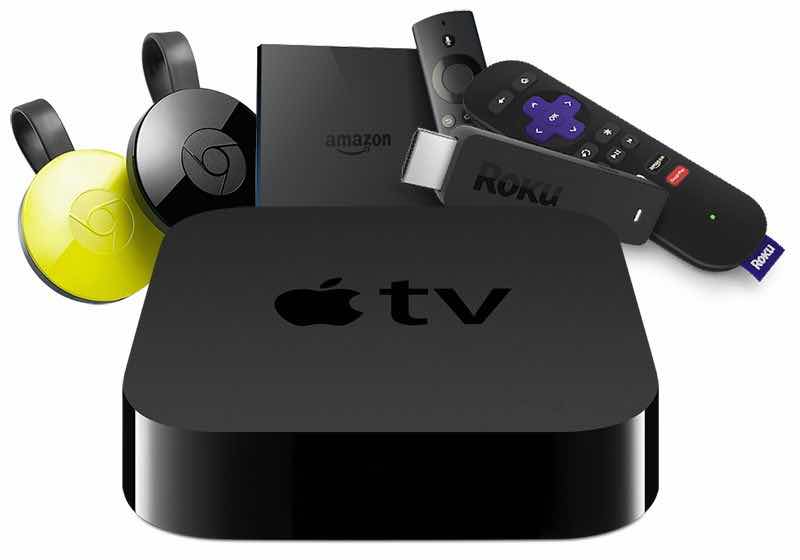 Amazon’s Fire TV is claiming that it has more dongles out there than Roku now, but as Apple’s announcement at CES of integrating its Apple TV OS into TV screen showed, this is fast becoming irrelevant.

The current TV EPGs-based UI overlayed with crude ‘Smart TV’ apps, where every manufacturer has their own clumsy app store is fast becoming replaced with a world where Tivo, Roku and Amazon provide a bteer, more seamless, content access layer.

In much the same way that mobiles ended up in a duopoly of iOS and Android, TV is going to end up with two or three OSes that will largely control viewers’ access and habits and form the basis for the next generation of television viewing.

Of course, there have been initiatives towards this jn the past - HBBtv and YouView to name a couple in Europe, but they always came from an EPG perspective and, at best, provide an interim view of what's available.

Apple seems to have seen the writing on the wall, and despite extensive rumours last year about content investment, have changed course and strategy to open up their walled garden and integrate with TV set manufacturers.

Ironically, the driver behind this is nothing to do with television, but rather the inexorable rise of voice interfaces such as Alexa and OK Google.

So, what will be the results of this radical shift ?

First of all, there are only a handful of TV manufacturers and there will be an almighty battle to become the default OS between Google, Amazon, Apple, Tivo and Roku.

Voice controlled TV will become a big thing. No more remote control batteries! And it will give a new meaning to ‘shouting at the TV’.

Metadata will become very important. Actually, the integration of metadata (metametadata ?) will be the key to success. At the moment I actually keep a spreadsheet of what series I’m watching in what app (sad, isn’t it?). There needs to be one browse function and one search function across all services.

You can see where this is going. This will weaken the position of the app providers. We will live in a multi-tiered world with TV OSes running UIs that support apps that carry channels and content. Current services such as Netflix, Hulu and BBC iPlayer will have an existentialist battle to maintain their authority and voice.