The Death Of The TV Studio 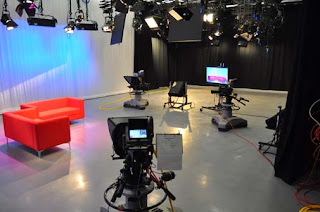 The TV Studio was a money making factory for the television industry. When I was a cameraman I remember shooting up to six hours of prime time content a day in a studio.

A box with cameras, lights and microphone, you could configure it however you wanted. Audience or no audience, backdrops, props, stages... chat shows, quiz shows, sitcoms, every day you could churn out content.

But then came blue screen (and then green screen), where a smaller stage and dropped in graphics and sets made up the setting.

More recently still came Amazon and Netflix, who seem to eschew studio productions for big budget, location based dramas and productions. Sure some of them use what the film industry calls ‘sound stages’, but there’s very little traditional TV studio productions, whose output look cheap and shabby by comparison.

Perhaps the saddest indication of this is the decision by Amazon to focus in dreadful travelogues for their star Grand Tour property, leaving behind the brand’s rather more successful studio (OK, studio tent...) shows at a time when the format was finally finding its feet again.

All the world’s a stage, or is it...?
end film television Tv studio