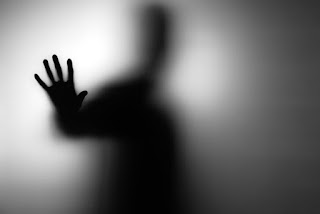 What the likes of Trump and Merkel and Putin don’t realise is that they are fast becoming irrelevant. Their perceived massive power is just a perception based edifice built on geography and ethnicity.

Meanwhile, those who espouse these concepts, the likes of Facebook, Apple and Google are striding ahead creating their own pseudonations.

They are, of course, a paradigm. They do not recognise boundaries, barriers or any rules they do not make, even though this sometimes (albeit far too rarely) collides with the ‘real’ world.

As soon as Linden started selling its dollars over a decade ago, and people started to buy virtual goods as if they were real, physical properties, the game was up. Then came cryptocurrencies. Forget voting for the extreme right (or left), vote for total anarchy with your hard earned money! And people did, and do!

Today, stickers have become virtual $$ badges and stocks have become abstracted packaged $$ derivatives. Yes, the 08 crash and Silicon Valley’s current coup to take over the financial services industry are linked by a direct, unbroken line.

And now we have Libra, a pseudocurrency (not a cryptocurrency) - basically a company has taken the notes out of a Monopoly set and declared it to be viable currency, and because this company is amongst the fifty biggest entities on earth, including actual countries, with a higher engagement than politicians in all of those countries, it can do so.

Ironically, forget “Making America Great Again”. Silicon Valley is turning the USA into the biggest empire the world has ever seen, easily eclipsing the British, Roman or Mogul empires, with a collection of vassal corporations, not states, as previous empires have know.

So, will Zuckerberg have more power than Trump ? Well, he is not accountable to any Supreme Court or Congress. He is our modern day Ghengis Khan, with a scorched earth policy and a simple strategy - go to the city walls , show them your army, threaten to lay siege and then have them capitulate and usurp the old guard ? Is Facebook a vassal of the US or vice versatility ?

The internet has been eating so many industries, from travel, to publishing, to media, now it is financial services and next it will be the industry if government that goes.

Meanwhile ‘real’ nations are too busy squabbling to even see this development, let alone do anything about it. The EU occasionally slaps a fine, but ho, hum, soon Facebook will be fining the FCC and the EU (say, for  excessive regulation).

Most pseudonations are from the US, but Huawei is an example from China.

The criteria to be a pseudonation are pretty straightforward: