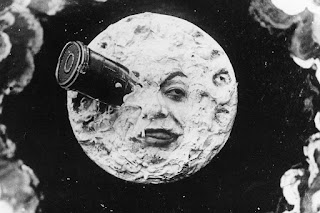 Television wasn’t invented in France, but telling stories with moving images was largely pioneered by the likes of the Lumière Brothers and Georges Méliès.

Now, it seems, it’s a bad time to be in telly, especially in France. French Pay TV service Canal + (owned by Vivendi) is set to cut a significant chunk of its workforce amongst declining subscriptions and French TV services company TDF failed to find a buyer after putting itself on the block.

France produces brilliant TV (Spiral, The Returned, Spin, Marseilles) - most of which have been or are available on US streaming services, and the best recent French TV Programme I’ve seen, Unit 24, was produced by..., yes, you guessed it, Netflix.

France is famous for protecting its arts and entertainments industry, famously not allowing Daily Motion to be sold to a non-French buyer (it was acquired by Orange and disappeared into insignificance in the rest of the world), but it is difficult to see how France can now continue to protect its proud TV heritage. Indeed, how can any smaller country do this in the face of the American juggernauts ?
Canal + france netflix tdf tv