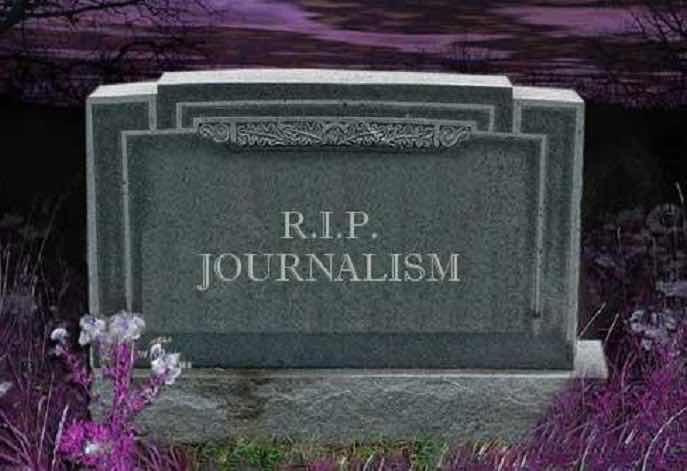 As far as I can tell, no UK ‘newspaper’ employs a journalist. They employ a bunch of braggy, biased writers who do and write what their owners and bosses tell them. Form the Labour supporting Guardian to the ultra right Sun, Express, Telegraph and Spectator, there is no one who can vaguely claim they do journalism.

The rhetoric during the current election campaign has been extreme and I’d propose that the term ‘opinion sheet’ should be used instead of newspaper for these entities.

In the US this has been one of the media topics of the past few years, as Trump claims ‘false news’.  Ironically, newspaper journalism in the US tends to have a moral imperative towards fairness, whereas in the UK any old half truth goes (somewhat ironically, the opposite is true of broadcast news in the two markets).

Certainly, the result of the election in the UK was helped along by false news in the form of mainstream ‘newspapers’, online and offline. The impact of social media networks was to echo this.

How can anyone on the Telegraph, Sun or Express claim to be anything more than an extension of the hubris machine for their colleague and fellow ‘journalist’ Boris Johnson ?

Journalism is dead, if it ever existed in the first place.