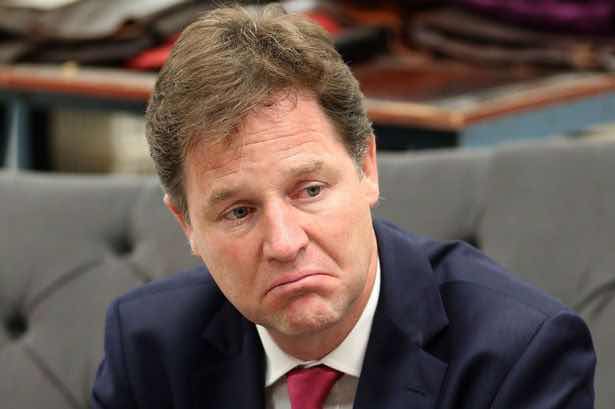 You may hate Trump and dislike Boris, but they’re simply clever chancers who made good.
Next to the obnoxious hypocrite that is Nick Clegg they are saints. Not only did he back tuition fees after promising he wouldn’t, he led his political party into total oblivion and then compounded this with an unbelievable move to Facebook, where he now touts some of the most dangerous ideas modern society has ever seen.
He even argues against paying equitable taxation (no doubt he thinks students should make up the difference..), utterly betraying his own country.
Naturally, he is able to live with himself since he gets paid a massive salary for this. The man’s chutzpah knows no bounds.
I wonder what that greatest of chancers, Lloyd George, would have made of him. Not a lot, I suspect.
facebook Nick Clegg traitor