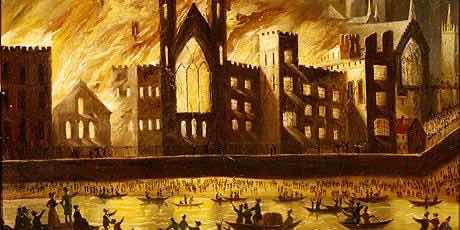 So it sounds like some government advisers are asking what Britain should look like after the current disaster has passed - and before the next one waves in.
Good, it’s about time. Too much governance is self serving drivel with its feet firmly in two thousand year old ‘civilisations’.  Our rulers all learn about the Greeks and the Romans and the Victorians in their public school and then at Oxford and emulate this dogma. The behaviour at PMQs, for instance, is a stain on our democracy.
So, why not start with a clean sheet of paper by asking what government should deliver to its citizens ? What is it here for ?
For me, to be secure, happy and successful are the key objectives (clearly, I think you need to be healthy to enjoy any of the above).
So let’s have a Ministry for each, with Departments for more traditional functions, albeit chopped up and, sometimes, in conflict. No major corporation operates the kind of hierarchy the UK Government does. They have virtual teams, cross department reporting and accountability and project teams. Of course, they manage the here and now, but their main role is to build future success. (The main purpose of our Government seems to be the status quo and having as little effect as possible.)
The Ministry Of Security would obviously cover Defence, Justice and Police, but should also cover parts of Transport, Energy and Commerce - being safe on the roads and not ripped off by monopolies and online scammers would be part of their remit, as would Infrastructure, Energy security and Food security (and even toilet roll and PPE security..). The idea that we need a hundred thousand soldiers in case five million Russians charge across Europe when a minuscule virus took out our whole country shows the idiotic thinking that’s been going on.
The Ministry for Happiness would cover Health, Benefits, Culture & Sport, Race & Gender, Rights, Pensions, National Assets (such as national parks, museums, heritage, fauna, etc..). It would be joined up - essentially your local sports centre would be run by the NHS and could be prescribed. There would be another strong remit around the massive damage social and traditional media are doing to the lives of the average Brit.
The Ministry for Success would cover Education, Treasury, Taxation, Innovation, Business & Commerce, infrastructure Delivery and Work. It would measure success not in the output of the city, but in the average taxable income of Brits and their personal achievements.
There would be a final Department for Governance covering areas such as Policy, Foreign Policy, Immigration, Statistics and Audit. They would also work as arbiters between the other Ministries and Departments (not dissimilar to the current Cabinet Office).
The Cabinet would be made up of four Ministers (perhaps along with their civil servants) plus the PM, similar to a company Board, capable of having real debates and input, not hundreds of noddy ministers eating biscuits and being berated by a PM, as at present (well’ if we had a PM...).
All Departments would be reasonably small and should be based in relevant areas around the country, with small London representation. Departments should then have Delivery Agencies such as Immigration, Police, Prison, HMRC, BBC, Universal Credit, all of which would be individually accountable. Some more lateral thinking should occur here, especially around taxation, transport, energy, business and defence. Happy to detail this for a hefty consultancy fee...
The way Government works needs to be totally overhauled in every way. Frictions between the ruling party and civil servants and an inability to act quickly have been the hallmarks of the present crisis and will probably result in the UK being the second worst affected country on earth even though we’re an island...
There’s a further concept that needs introducing - Simplification. Life is just too complex, from pollution to the tax system, from the need to constantly travel to constantly buy, it’s also time to harness the awakening that has occurred amongst ordinary people.
Obviously taxation needs to change - this was already a mess as tax and rates were fast melting into the profits of US multinationals. But seeing Branson asking for a bail out and Dyson moving to Singapore after every poor Brit paid a massive price for the banking millionaires’ bail out in 2008 should be the last straw. Sure, we need successful businessmen, but more often than not their gain is others’ pain (yes, we’re looking at you, Mr Green). The reaction of footballers earning millions a year is no different.
Reward people for creating security, happiness  and success: I would suggest that a nurse saving lives and providing security, success and happiness to all has proven to be far more valuable to society than a banker just doing the same for themselves. Can’t we reward that?
Of course, this will never happen. Things will go back to normal, the serfs will start going out and buying and getting ripped off again, the Tories will imagine they’re back in The good old Victorian Days and the billionaires will wonder how they can be munificent to their better their journey through the eye of a needle as they mop up the debts they have laden on the rest of us. And politicians will continue taking their silver for dodgy books and articles and influence.
In North London, at Belsize Park the nurses will trudge to their shifts at the Royal Free and wonder how they pay for their studio flats in zone 6, watched out of the windows of their limos by hedge fund managers being carried from their ten million pound homes to their eyries in the City.
after coronavirus government ideas policy politicians problems structure thinking uk