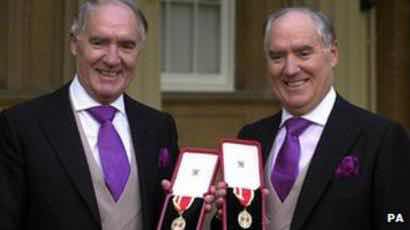 We can feel sorry for Boris Johnson as he recovers from this dreadful disease, but let’s not forget that this is largely his fault, more than anyone else. It happened on his watch and the country was catastrophically unprepared after a decade of Tory rule and then the hubris of Brexit.
Having most of the UK media blindly foaning  over him did not, and is not, helping. He is an evil, calculating monster responsible for thousands of deaths in the UK through his dreadful complacency.
And he has become a very wealthy man working for some of the most obnoxious, dangerous people in Britain, who are responsible for and benefitting from our misery.
Indeed, journalists in the UK have proven to be utterly pathetic during this emergency.
They keep on knit picking on dates and numbers for tests and PPE and just nod sagely when they are lied to earnestly by increasingly desperate Ministers who long lost the support of their civil servants. But they are beholden to their billionaire or political master almost without exception, unfortunately.
All these Oxford University graduates aren’t helping us now. We need what Lloyd George did for munitions in WW1 not a bunch of privileged rich kids playing politics. Desperation needs desperate people (and that certainly isn’t Sir Kier). There are any number of nurses and clinicians that I’ve seen on TV and would rather have running the country.
But that is the trouble with a country created in the vision of billionaires like Murdoch, the Barclays, Branson and Dyson and totally beholden to the US and its awful corporations.
Every single thing in our country is aimed at making rich corporations richer. Of course, this is also true in most other countries under command economies or ‘democracy’; heck, it is even the imperative of ‘socialism’ in most cases (where the corporations are replaced by the rulers).
The excuses for this are largely around ‘job creation’. Well, we bailed out the bankers in 2008 and now we’re bailing out the job creators. Do these people have an individual economic value greater than a nurse ? Who is more important in the UK now - Rupert Murdoch or an ICU nurse at the Royal Free ?
And what if I asked you the same question a year ago, or two years from now ? Let’s bring in legislation NOW that sorts this out.
And society should have simple answers to rich bastards. Answers which are already applied to poor people who transgress. For example, the playboys who flew in a private jet to the South of France with some young ladies last week should be made to do three hundred hours of community service in a Coronavirus ward without any PPE, not get a slap on the hand and be sent back to their gilded cages.
All footballers should be given the option of paying 90% of their ridiculous salaries to NHS workers or do forty hours a week as porters in Coronavirus wards.
I’m not joking. This is not hyperbole. We need to change things. Regarding this as a blip where the poorest, the immigrants, the good people pay for the greedy is not acceptable any more.
So, let’s see the Euganovs (and their crazy support for conspiracy theories), the Murdochs and the Barclays don their scrubs  on and get down to the local hospital instead of spreading hate and death from their castles in the air.
Barclay Eugenov irresponsible media minimum wage moguls murdoch UBI